This article is written by Rosalind Kennybirch, Consultant covering tech policy, Lexington Communications and is published on:

From creating a decentralised app to adopting a smart city dashboard, countries are adopting different approaches to mitigating the effects of coronavirus as it spreads across the world. As the peak of the virus starts to subside in many countries, politicians and health experts have been expressing concerns about the potential emergence of a second peak.

To keep track of the spread of cases, many states are adopting forms of contact tracing, which, in simple terms, means amalgamating information on people who have been in close proximity to an infected individual.

The benefits of contact tracing are two-fold: it can help governments and citizens alike to see where the disease is spreading rapidly, as well as alert people when they have been in contact with someone who has the virus. South Korea, Taiwan and states across Europe have adopted different processes for creating contact tracing tools. But the innovation has also been met with scepticism from privacy-minded citizens and civil society organisations that fear it could be a slippery slope towards an Orwellian surveillance state.

While it is too early to tell which forms are most successful in tracking the disease, this overview summarises different approaches for public servants to consider, review and test.

South Korea: Speed is of the essence

As coronavirus began to spread across Asia, the Korea Centers for Disease Control and Prevention (KCDC) recognised the need to track the proliferation of Covid-19 through its own population. Originally, the KCDC “ran requests for location histories through the police, who used their channels to data controllers to retrieve the required information,” as noted in the Economist. However, the centre concluded that this system operated too slowly and decided to adjust the process.

The National Policy Agency had previously been required to request contact information from several agencies in order to contact an individual likely to be infected with Covid-19. However, running these requests through the country’s Smart City Data Hub allowed the process to be streamlined, as “the request for information and the response are processed in one place”. The data hub also includes a feature where an individual’s movements can be tracked. Ultimately, the utilisation of the Smart City Data Hub reduced contact tracing time from 24 hours to ten minutes.

Through a combination of GPS phone tracking, surveillance camera records and credit card transactions, the KCDC has been able to issue real-time alerts about where infected people had been prior to receiving a positive diagnosis for Covid-19. However, the combination of these tracking tools has raised international concerns about the potential infringement on an individual’s right to privacy. To this point, the Director General of the International Vaccine Institute, Jerome Kim, asserted that South Korea had contained the virus through “decisive and transparent leadership based on data, not emotion”.

Taiwan: Looking ahead to the holiday season

Taiwan has taken a more top-down approach to contact tracing, tracking quarantined people’s phones directly through geofencing. Taiwan has used data from cell-phone masts to track whether an individual suspected to have Covid-19 (or who has been in close proximity to someone who had the virus) is abiding by a mandatory quarantine period.

If an individual who is required to be quarantining is found to move away from their address, or turns off their phone, police and local officials are alerted. Authorities then make contact with the individual within 15 minutes. Once a required period of quarantine is completed, individuals are free to go to work and attend social activities (e.g. eating at a restaurant).

The Taiwanese government has hinted that they may adopt additional tracing measures in the months ahead. For example, the country’s Freeway 1968 app, which monitors traffic, may be converted into a social distancing tool. A statement issued on behalf of Department of Cyber Security Director-General Howard Jyan stated this could include “a new function to enable the app to conduct big data analysis and issue alerts when there are large numbers of travellers headed to specific travel destinations. The alerts would be graded by colour from green to yellow to red, with red meaning that scenic areas are too crowded”. Such an approach may help the state to keep crowds at a manageable level while allowing people to travel and visit tourist sites in the summer months.

Europe: to centralise or decentralise?

The consortium highlighted the need to retain individual privacy in an overview posted on its website which states: “We don’t track people and we don’t get the data about who they are and where they have been, we only trace the virus to inform about exposure risks”. To do so, the group designed PEPP-PT so that its capabilities include anonymisation, GDPR compliance, the enforcement of data protection and security. However, the tool also offered international interoperability, to trace “local infection chains” through PEPP-PT participating countries, and focused on a centralised approach to hosting data. This sparked concerns amongst academics, who criticised the “centralised” approach. Hundreds of scientists penning an open letter asserting the tool could be “repurposed to enable unwarranted discrimination and surveillance”.

By so far failing to make a decision on a contact tracing application, Europe has inevitably taken another decision: to prioritise getting privacy features right over rapidly introducing a tracking tool

While PEPP-PT was at first viewed as a promising tracking method, some institutes are now backing another horse — Decentralised Privacy-Preserving Proximity Tracing (DP-3T), a group of academics which has developed a decentralised process of contact tracing. Germany, who was preparing to adopt PEPP-PT, recently chose to instead support a decentralised approach to contact tracing backed by Apple and Google.

DP-3T retains data on handsets, as opposed to sending it to a centralised database (for example a database operated by a country’s health service). This means data remains on an individual user’s phone. Google and Apple are among the organisations which have supported this approach.

The right to good health or the right to privacy: a mutually exclusive conundrum?

Despite its benefits, some people worry that contact tracing infringes on the right to individual privacy. Kim Min-ho, one of South Korea’s human-rights commissioners, has noted in the New Yorker that while there are compromises to be made on individual privacy when it comes to the implementation of contact tracing, other countries have also limited individual rights – just in different ways.

Kim said: “The United States was quick to ban businesses, while countries like France instituted lockdowns. But South Korea hasn’t been able to do the same because we’re very cautious about these kinds of measures, in the same way that other countries are cautious about privacy”.

The debate in Europe over a centralised versus a decentralised approach to hosting data has suggested there may be a different, yet still effective, approach to contact tracing. However, whilst this debate on implementation persists in Europe, South Korea has continued to operate its contact tracing system, tracking the spread of coronavirus throughout the country.

By so far failing to make a decision on a contact tracing application, Europe has inevitably taken another decision: to prioritise getting privacy features right over rapidly introducing a tracking tool – a delay which could cost lives. Only time will tell whether a considered approach outweighs the benefits of speedy adoption. — Rosalind KennyBirch 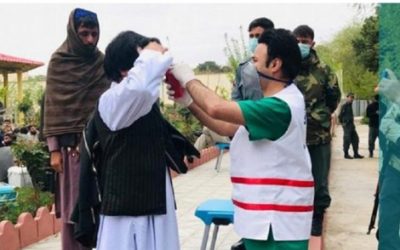 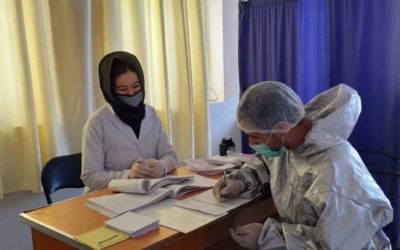 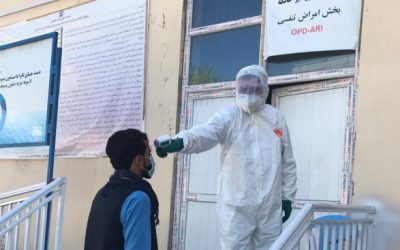